How To Make The Most Out Of Your Local Comedy Theater

Choose the Right Comedy Theater for You

Pay Attention to Their Schedule of Events

Many comedy theaters post a schedule of events online, and it's not a bad idea to check it regularly. Then, you can get a better idea of how often the theater hosts events, and you can find out about upcoming events that you might be really interested in checking out.

Look Into Season Passes or Memberships

Depending on the comedy theater in your area, there is a chance that they might offer season passes or memberships that will allow you to visit as much as you want or that might allow you to purchase discounted tickets. In many cases, members are the first to find out about big comedy events that are going to be taking place, and you might get special perks, such as discounts on food and beverage or the chance to skip the line at the door. If you think that you are going to be visiting your local comedy theater pretty frequently, it might be worth it to look into a membership or pass.

If you have an interest in comedy, then you may want to find out if your local comedy theater has open mic sessions or amateur nights. Similar to karaoke night at your favorite bar, this can give you the chance to get on stage and perform for the audience. This can be a good way to try your hand at comedy if you have an interest in it, and if you are pretty good at it, you might find that it can even be a good way to get your career off the ground. 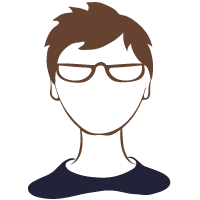